Check out the shop! 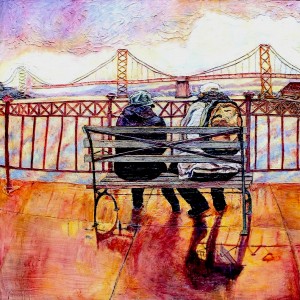 “ While waiting for the ferry on a rainy afternoon, I came across this couple having coffee on a bench.    The view of the bridge in front of them with their knees gently touching is how I created this romantic scene.” 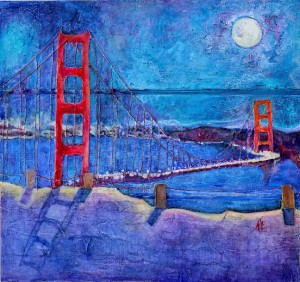 “Under the full moon in the Marin Headlands, I saw this image.  I  used the shadows in the foreground to emphasize beauty of the moonlight.” 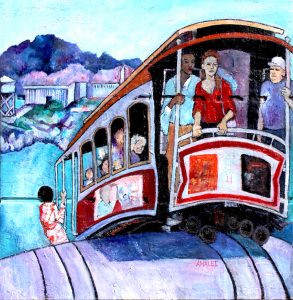 “I painted “San Francisco Cable Car” after I started selling art at Justin Herman Plaza.  Tourists reminded me to try and capture the beauty and culture of my city,  San Francisco.” 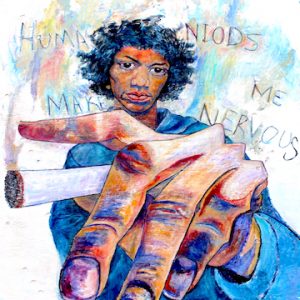 “I started the painting with the hand and cigarette and the words in the background but the person was going to be a woman. When I was finishing the face my daughter gave me some jimi hendrix D.V.D.s.  My cable was shut off so I watched them and it had to be him.  I found two pictures of Jimi on the internet and combined them”